Volunteer Ottawa is an organization that strengthens our community by supporting volunteers and the not-for-profit sector.  Its core objectives include promoting volunteerism, engaging communities, and building expertise.  It is currently looking for energetic, experienced professionals with a demonstrated commitment to volunteerism to assume positions on its Board of Directors.

Volunteer Ottawa is committed to creating a Board of Directors that reflects the diversity of the community in which we live and serve.

Interested candidates are invited to submit a CV and a cover letter describing how your skills and background match the priorities identified by the Nominating Committee.

Applications must be sent to [email protected]

Please read the posting in its entirety before submitting. 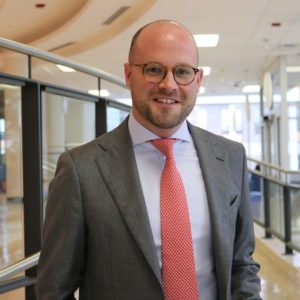 Dr David J Hornsby is a Professor in the Norman Paterson School of International Affairs and the Associate Vice-President (Teaching and Learning) Carleton University. A passionate educator, David has lived and worked abroad for much of his career having held faculty positions at University College London, UK and the University of the Witwatersrand (Wits), Johannesburg South Africa. David believes in the power of volunteerism as a mechanism to bring communities together, to promote social innovation and to foster learning. Prior to joining the Volunteer Ottawa board of directors, David has served on the boards of World University Service of Canada, the Canadian Bureau for International Education, the University of Guelph and St. John’s Kilmarnock School.

David holds a PhD from the University of Cambridge and has taught and published extensively in the areas of international relations, pedagogy and citizenship in higher education. 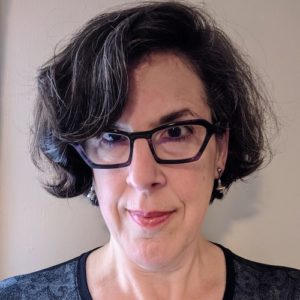 Natalie Brender is the Director of Policy for the Canadian Public Health Association (CPHA), where she is responsible for developing policy alternatives and supporting advocacy on public health issues. Prior to joining CPHA, she was a senior advisor at the Social Sciences and Humanities Research Council of Canada (SSHRC), National Director of the Genomics in Society program at Genome Canada, senior advisor and research associate at the Conference Board of Canada, senior advisor to two federal cabinet ministers, and a consultant as well as freelance writer on public affairs. In her initial academic career, she was an assistant professor of philosophy at Wesleyan University, specializing in ethics and political philosophy. She holds a PhD in philosophy from Johns Hopkins University. 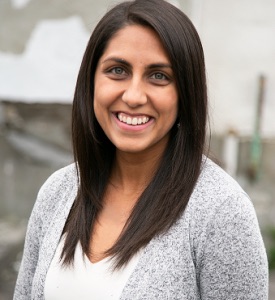 Attiya Hirji is a Fund Development Officer at Oxfam Canada and manages digital and community fundraising across the country. She has worked in the public sector in Calgary, Vancouver, Montreal, and now Ottawa.

She is passionate about the empowerment of women and girls, and tackling issues related to gender equality. Attiya has spent time volunteering and working with youth in East Africa and Central America, and was among a group of women who started a social enterprise that seeks to provide early childhood education to children in urban slums. She recently returned to Canada after completing a Fellowship placement which sent her to Kyrgyzstan to work at a not-for-profit university whose mission is to promote the social and economic development of Central Asia’s mountain communities.

Attiya is a graduate of McGill University’s Institute for the Study of International Development. 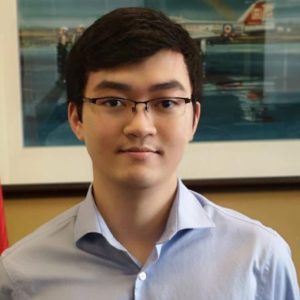 David is a Senior Financial Analyst working at Transport Canada. He delivered lasting results to support his community by engaging senior management of the Treasury Board of Canada Secretariat and the Association of Canadian Financial Officers on the government-wide CPA initiative to support all Government of Canada financial officers in their journeys to obtain their CPA designations. He received the Deputy Minister’s Medal for Excellence for his exceptional contributions to support the public sector financial community.

David also advised the CPA Board of Directors on the first review and revision of the CPA competency framework to ensure that all CPAs are empowered with the right skills for the future by enhancing expertise in areas of rapid change such as data analytics and information technology. Significant education and qualification milestones were achieved on the CPA Competency Map with incorporation of data analytics and information systems competencies to ensure new CPAs are equipped with the important technical skills that will help them excel in their careers. David received the Award of Recognition from CPA Canada and the inaugural "Be the Change" Volunteer Award from CPA Ontario for his dedicated volunteer services to the CPA profession. 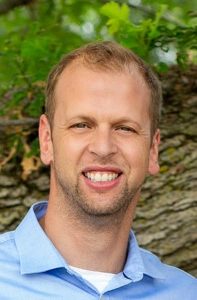 Andrew has a diverse background in the not-for-profit sector. He currently works as an internal strategy consultant at Canadian Blood Services, where he contributes to strategic planning and execution. He was previously responsible for strategic and operational oversight of various education access projects at the Rideau Hall Foundation and McGill University.

Andrew is a fervent believer in the power of volunteering in building stronger communities and institutions. He has served on the boards of John Abbott College and the Charles Este Community Centre, and currently volunteers as a member of the advisory board for Bridging Words Through Music.

Andrew has a B.A. (History and Religious Studies) from Dartmouth College and a B.C.L./LL.B. from McGill University. 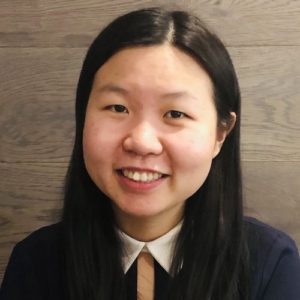 Sarah works as an analyst for the Federal government in corporate planning and reporting, business planning, and smart cities. She delivered digital transformation in the corporate planning and reporting process. As a result, she received the Transport Canada National Award of Excellence in National Creativity and Transformation Award nomination. She also worked as a researcher at the Australia and New Zealand School of Government (ANZSOG) at Melbourne, Australia, on trade policy and Indigenous reconciliation.

She enjoys connecting with the community through working with non-profit organizations such as Society Promoting Environmental Conservation (SPEC) and Kitsilano House to promote environmental, social, and economic issues. Sarah has a Master of Public Administration (MPA) at the University of Victoria. She also completed two certificates in risk management and project management. 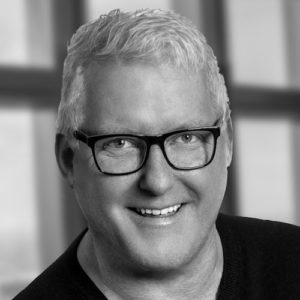 Kevin has over 20+ years of experience in sales, marketing and consulting with public and private sector organizations. Throughout his career, Kevin has achieved key business objectives through building relationships and strategically positioning services. He is currently a Managing Director with Accenture Canada.

Volunteering has always been a passion for Kevin. He has worked as a board member with several not-for-profit organizations including Volunteer Toronto, Camp Scugog, Addus and others.

Kevin is a graduate of Carleton University. 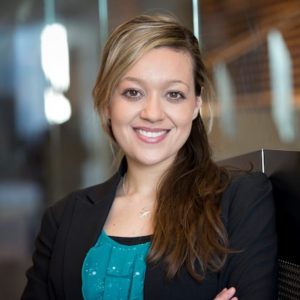 Taylor is the Director of the Autism Program at the Children's Hospital of Eastern Ontario (CHEO). She has worked in healthcare management in Canada, Ireland, and Australia; in each place, picking up lessons in nonprofit policy and practice. As a Young Executive Leader with the International Hospital Federation, Taylor works alongside colleagues from all over the world to tackle common health policy challenges.

Taylor holds a Bachelor of Life Sciences from Queen's University and a Master of Health Administration from Ottawa University. She is a strong believer in the value of volunteer resources and has served on the Board of Directors of the Therapeutic Riding Association of Ottawa-Carleton and the Telfer School of Management MHA Alumni Association.

Taylor is a competitive curler, an active gardener, and most of all the proud mom of two little girls. 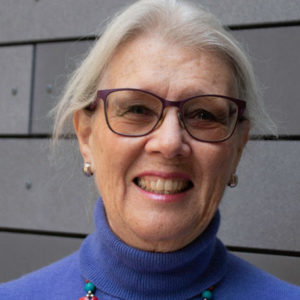 Claire started volunteering with VO’s Speakers Bureau in 2007. She has over 30 years’ non-profit board experience, most recently as Chair of OrKidstra – Sistema Ottawa. As a founding Vice President of the Institute on Governance, she advised national and international governments on policy development and reform issues. She has volunteered in Bangladesh and Lesotho. Her Public Service career included, inter alia, assignments with PCO and the Trade Commissioner Service (India, Nepal, Sri Lanka).

Her extensive international experience drove home the value of diversity and the universal desire to build stronger communities. Her community work has seen her dog-sledding, working as a parking lot attendant, meeting Heads of State and making countless speeches in support of the voluntary sector. She received Ontario’s Leading Women Building Communities Award in 2015 and UWEO’s Community Builder Award in 2020. Claire is a passionate chorister and active grandmother. 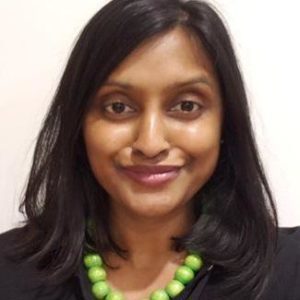 Trinish is a policy advisor for the federal government specialising in the fields of gender-based analysis, the environment and climate change. Born in South Africa, having lived in the United Kingdom and now in Canada, Trinish considers herself to be a global citizen.

She previously held a senior management role at South African National Treasury. She holds a Master’s Degree in Global Prosperity from University College London, United Kingdom, in addition to qualifications in Political Science and International Business, from South Africa and the United States, respectively.

She has a history of active involvement in charity initiatives in South Africa and is currently an international advisory board member of international NGO called Public Finance by Women and on the Board of Directors for Carty House.